Handsfree does not reduce accidents

Handsfree does not reduce accidents

Mon Nov 22, 2010 10:37:11 AM #140557 Perm Link
For some reason it was believed that if using your cell phone while driving was outlawed, that accidents would be reduced. Of course, it's been proven that this is not the case. Using handsfree devices is allowed though. So, one would assume that handsfree devices would reduce accidents. This has also been proven not to be the case. You would think that we would realize that laws and regulation is completely useless because its actually distraction itself that leads to accidents. Some folks are distracted more than others, and there's no way for the government to regulate how someone can be distracted. Outlawing cell phone use while driving is actually just as ridiculous as outlawing using the radio, or outlawing attention grabbing billboards on the side of the road. People have to learn to use their best discretion as to what distracts them and regulate themselves. Of course some folks are more responsible than others, so the real answer is that there will never be an answer. Of course all of the regulation still exists because the government has found a new source of revenue by fining folks unjustly for things they should be free to do, but no one will sympathize with. Much like that unjust taxes that are placed on people who want to smoke. I found an interesting article with a theory on why cell phone use is distracting and why handsfree won't help as explained by evolutionary psycology:

To anyway that disagrees, try it out.
2014 is going to be a good year. More content, more streamlining. Be a part of history!
Reply Quote Multi-Quote-Off Send PM Profile
Tornado

Mon Nov 22, 2010 12:32:38 PM #140560 Perm Link
I was always under the assumption that this was common knowledge. The distracting thing was never holding the cell phone, it was the conversation itself.
Michael: Jodie, how's my schedule look for today?
Jodie: You've got a conference and dinner party at the Japanese Embassy regarding wildlife protection.
Michael: Oh, yeah...sorry, but I'll have to cancel that. I'm heading out to save America!
Reply Quote Multi-Quote-Off Send PM Profile
Aron Schatz

Mon Nov 22, 2010 1:05:57 PM #140561 Perm Link
In response to Tornado #140560
Government doesn't care about facts and such, they just want to regulate your life and steal more money.
2014 is going to be a good year. More content, more streamlining. Be a part of history!
Reply Quote Multi-Quote-Off Send PM Profile
PropellerHed

Mon Nov 22, 2010 1:11:34 PM #140563 Perm Link
In response to Aron Schatz #140561
Legislation always starts under the guise of good intentions. "It's to protect" or "It's for everyone's benefit". What's really happening is that the government needs more money because its salaries and benefits have become so inflated that it can't afford it any longer. So, everyone that doesn't work for the government gets to pay for it. What's scary is that we've been allowing it.....
Edited at Mon Nov 22, 2010 1:17:01 PM
"I knew it. I'm surrounded by a$$holes!"
Reply Quote Multi-Quote-Off Send PM Profile
Palani Kumar 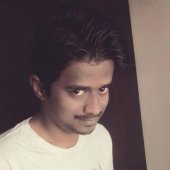 Mon Aug 8, 2016 6:32:33 AM #290404 Perm Link
In response to PropellerHed #140557
100% agreed with you..! Contrary to popular belief the problem is not just because of lack on one more hand on the steering (or hand-bar) but the possibilities of diversion of concentration while driving. While talking on phone not just our ears, even our eyes may get busy or atleast disturbed at times, and that's where trouble starts.

On a busy day (traffic) even a single second of distraction from road could be disastrous to both the driver and innocent victims on the road and along with him/her. A shocking news on the phone during driving can be even more fatal since that might steal our attention completely away from the road.

Hands free thus, is no solution but instead a lame excuse here.!
Reply Quote Multi-Quote-Off Send PM Profile
Page: [1]
Add Reply Back to forum "Science And Technology" Back to Index